US$ 846 BILLION GDP PER CAPITA

Ehtiopia – Always a Step Ahead

Ethiopia’s location gives it strategic dominance as a jumping off point in the Horn of Africa, close to the Middle East and its markets. Bordering Eritrea, Somalia, Kenya, South Sudan, and Sudan, Ethiopia is landlocked, and has been using neighboring Djibouti’s main port for the last two decades. However, with the recent peace with Eritrea, Ethiopia is set to resume accessing the Eritrean ports of Assab and Massawa for its international trade.

With about 109 million people (2018), Ethiopia is the second most populous nation in Africa after Nigeria, and the fastest growing economy in the region. However, it is also one of the poorest, with a per capita income of $790. Ethiopia aims to reach lower-middle-income status by 2025. Ethiopia’s economy experienced strong, broad-based growth averaging 9.9% a year from 2007/08 to 2017/18, compared to a regional average of 5.4%. Ethiopia’s real gross domestic product (GDP) growth decelerated to 7.7% in 2017/18. Industry, mainly construction, and services accounted for most of the growth. Agriculture and manufacturing made lower contribution to growth in 207/18 compared to the previous year. Private consumption and public investment explain demand-side growth, the latter assuming an increasingly important role.

Higher economic growth brought with it positive trends in poverty reduction in both urban and rural areas. The share of the population living below the national poverty line decreased from 30% in 2011 to 24% in 2016. The government is implementing the second phase of its Growth and Transformation Plan (GTP II) which will run to 2019/20. GTP II aims to continue expanding physical infrastructure through public investments and to transform the country into a manufacturing hub. GTP II targets an average of 11% GDP growth annually, and in line with the manufacturing strategy, the industrial sector is set to expand by 20% on average, creating more jobs. 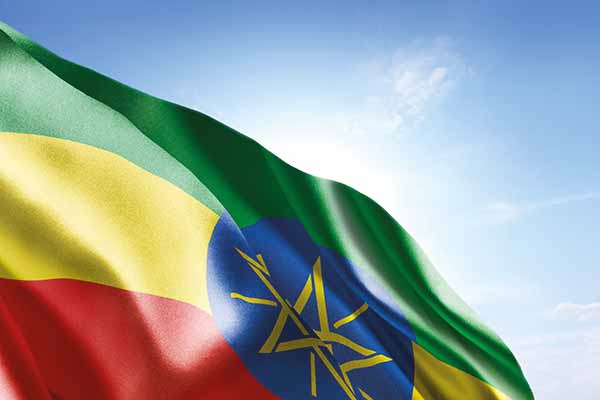 Capital City: Addis Ababa, which is also the seat of the African Union (AU) and United Nations Economic Commission for Africa (ECA).

Location: Ethiopia’s location gives it strategic dominance as a jumping off point in the Horn of Africa, close to the Middle East and Europe markets.

Language: Ethiopia is a multiethnic state with more than 80 languages and 200 dialects. Amharic is the working language of the federal government, while Oromiffa and Tigrigna are widely spoken. English is taught in schools, it is the main business language. 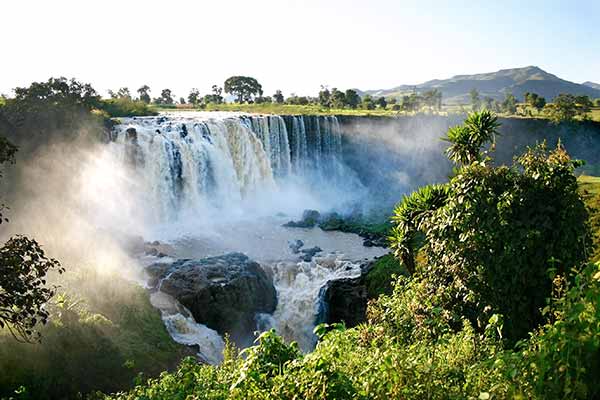 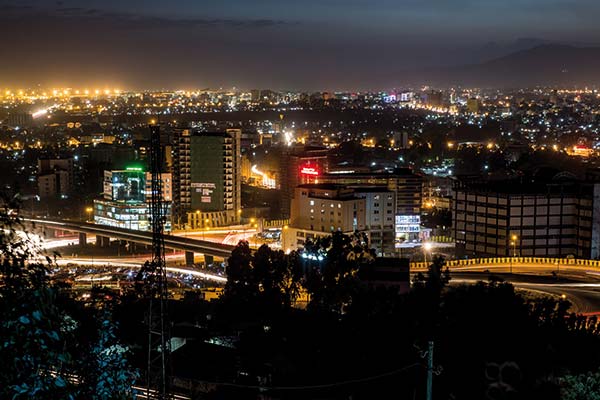 Topography: Ethiopia has an elevated central plateau varying in height from 2,000 to 3,000 meters above sea level. In the North and center of the country there are some 25 mountains whose peaks reach over 4,000 meters. The most famous Ethiopia river is Blue Nile or Abbay, which flows a distance of 1,450 kilometers from its source to join the White Nile at Khartoum.

Economy: More than 70% of the population earns a living from the land mainly as substance farmers. Agriculture is the backbone of the national economy, and the principal exports from this sector are coffee, oil seeds, pulses, flowers, vegetables, sugar and food stuffs for animals. There is also thriving livestock sector, exporting cattle, hides and skins.

Time: Ethiopia is in the GMT + 3 time zone. It follows the Julian calendar, which consists of 12 months of 30 days each and a 13th month of five or six days (on a leap year). 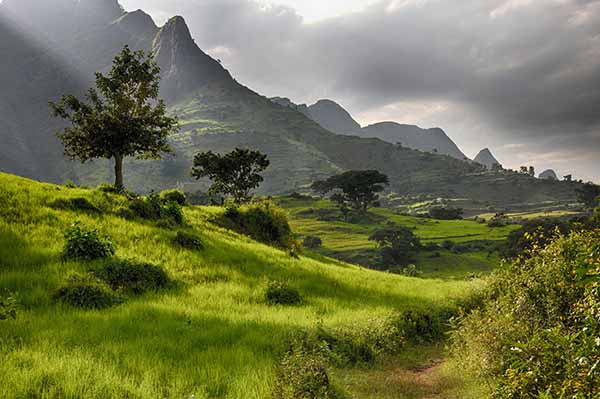